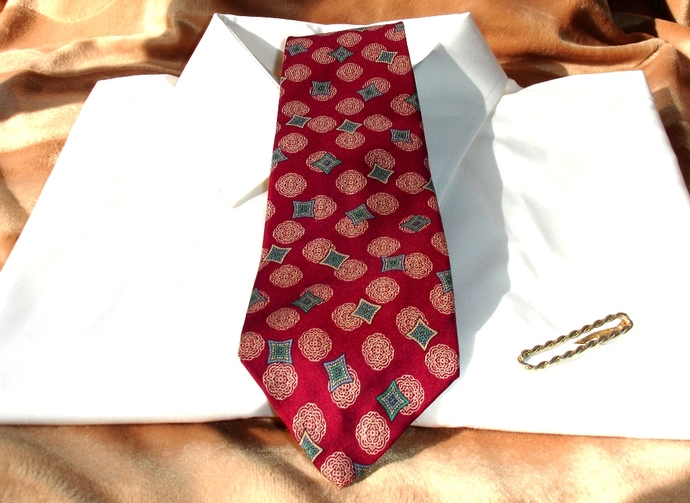 Ties build an image of confidence and power and this vintage Bill Blass vintage men's tie in cranberry red with gold blue and green accents just epitomizes both of those qualities.

This Bill Blass vintage mens tie in cranberry with gold blue and green accents still has its original tags the large one of course which reads "Bill Blass", but it also still has its smaller tag which reads "Made in the USA of fabric Handprinted in Italy - All Silk".

Tie measures 63" in length and 3-1/2" across at its widest point and has no stains, pulls or tears, only some minor wrinkling in the area where the knot would have been made. This great looking tie is in excellent vintage condition and has been well cared for in its lifetime. It originally belonged to a local professional man who was an avid tie collector for years. We acquired much of his collection which dates from the 1950's through to the 1980s.

Listing is for the tie only, shirt and tie clip are not included.

William Ralph "Bill" Blass was born June 22, 1922 in Fort Wayne, Indiana. Bill was the only son of Ralph Aldrich Blass, a traveling hardware salesman and Ethyl Easter Keyser, a dressmaker. He had one sister, Virginia Mae born in 1920. Bill Blass became an American fashion designer icon, who through the years became known not only for his tailoring but for his innovative combinations of textures and patterns.

Bill Blass retired in 2000 after the showing of his Spring 2000 collection and he definitely left his customers wanting more. There is little doubt that his customers and fans will be wearing their vintage Bill Blass for years to come, because after all they are as fresh and fashionable today as when they were new and their timelessness speaks of the creative genius of Bill Blass the American icon and designer.

Own a piece of history, buy vintage!

International Customers:
As of January 1, 2015 we no longer ship oversea due to new VAT rules. Thank you.

If you have any questions, please send us a message prior to purchase and we will be happy to help you. 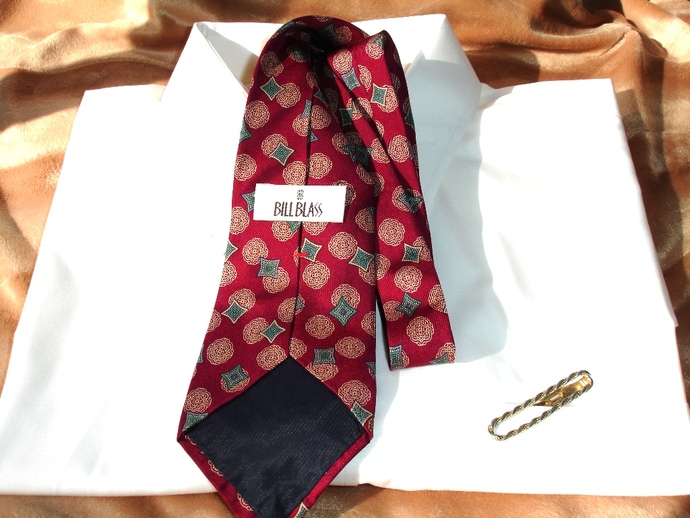 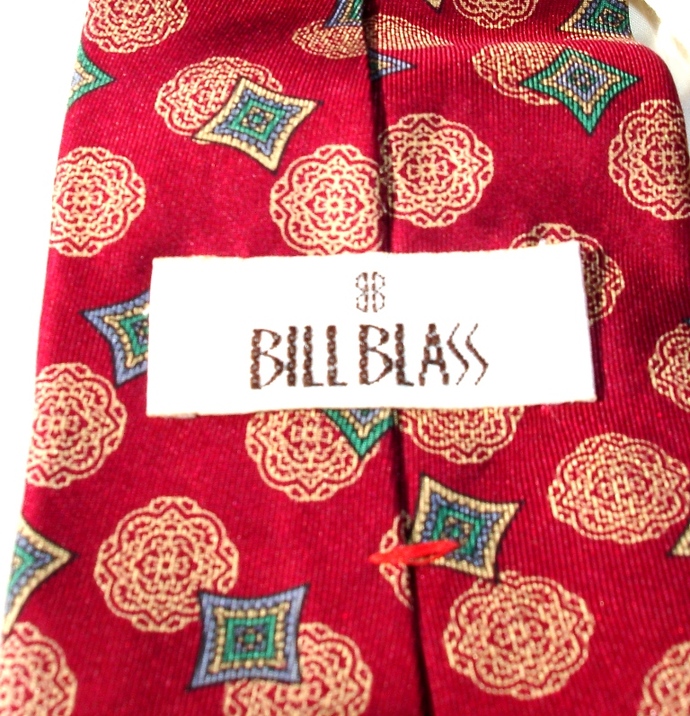