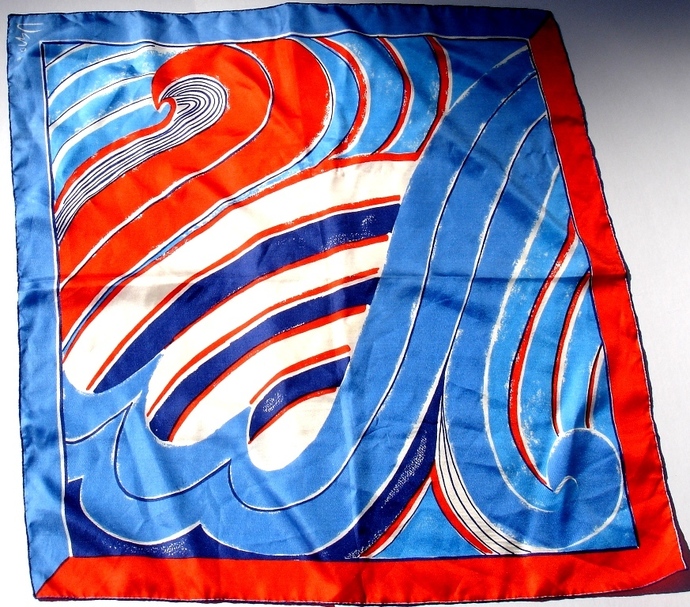 Scarf is signed by Vera with the copyright symbol in a medium size signature indicating that it dates to the late 1960's just after the ladybug symbol was removed. Scarf still has its original tag attached which reads " scarves by Vera-All Silk - Handrolled - Made In U.S.A.".

This lovely Vera scarf measures approximately 22" square and is in very good condition for its age. Its only flaws are several pin holes along the outside border on the red area one of which has caused a very slight pull of one thread. This is only visible when held up to a bright light while looking for flaws and would not be visible when wearing. It is so slight it does not even show up on the photos.

This Vera Neumann Mod Rolling Waves Of Red White And Blue Scarf Made In USA will ship USPS Priority Mail with delivery confirmation.

NOTE: We always do our best to point out and photograph any flaws that are visible to the naked eye as we in no way wish to misrepresent the condition of this or any other product that we are selling.

This is a vintage item and as such can be expected to show some signs of normal wear. Thank you. 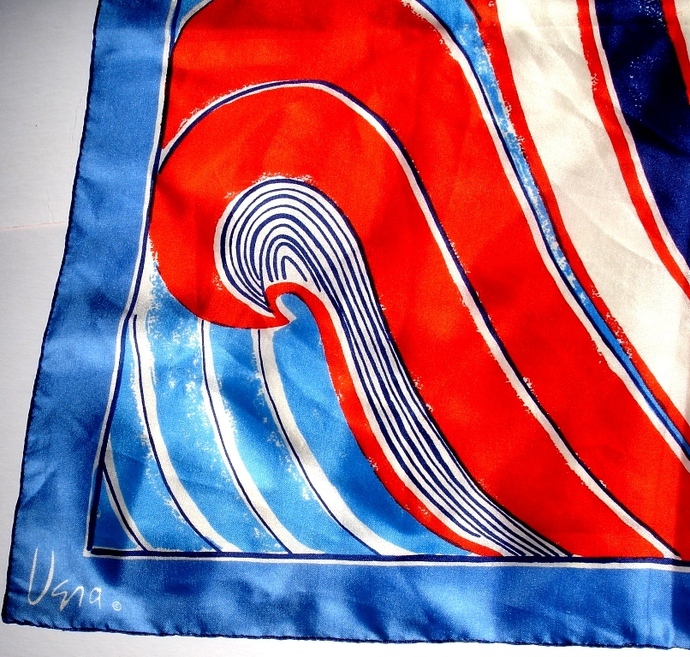 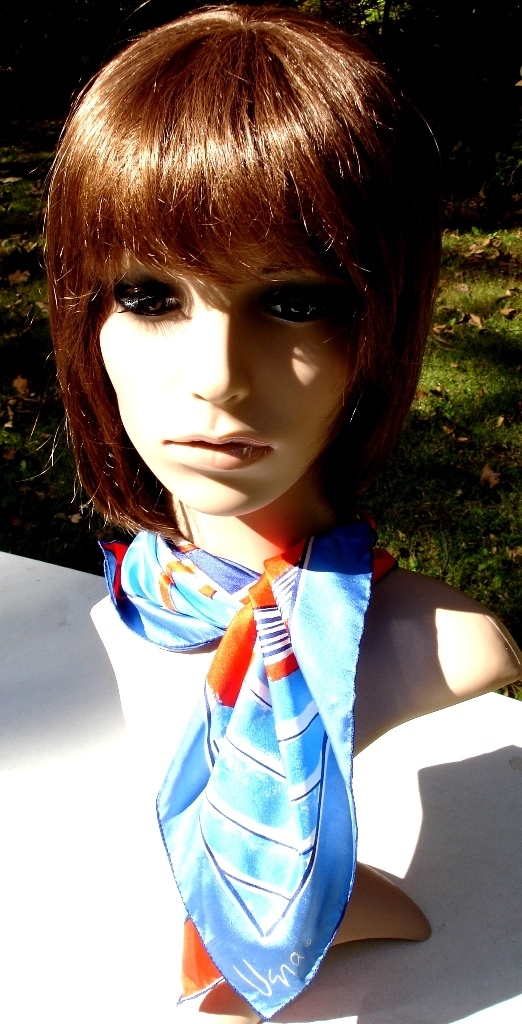